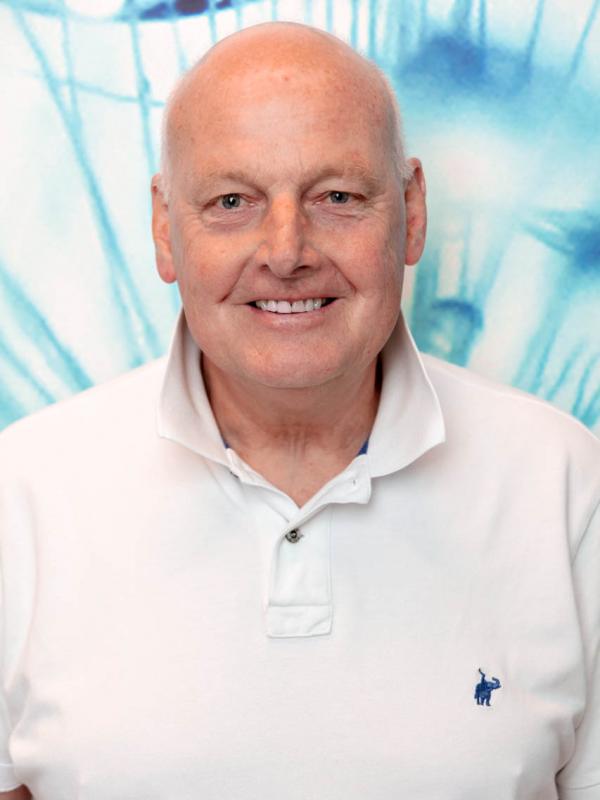 Maarten was married to Marianne, who was his support and refuge for more than 50 years. A beautiful couple! Together they have three daughters, Eva, Anna, and Lotte, who gave them three lovely granddaughters and two grandsons.  He was active as a rower during his studies, and he remained very athletic until a few weeks before his death. Biking trips with his friends on Sunday mornings were often one of the week’s highlights, and the post-cycling session with a cool Grimbergen could not be missed!

Maarten worked as an anesthesiologist and pain specialist at the Maastricht University Medical Center from 1985 throughout his entire career. In 2002 he was appointed as full professor and served as head of the department between 2002 and 2012.  His inaugural speech was entitled: “Den strijdt van het menschelijk vernuft tegen lichamelijke pijn” (The battle of human ingenuity against bodily pain), after the title of a book from his father that intrigued him since his youth.   On December 20, 2019, he gave his beautiful farewell speech titled “Wat verder ter tafel komt” (What will be dealt with next). Prof. van Kleef was a driven clinician and scientist. He put the department of Anesthesiology and Pain Medicine of the Maastricht University Medical Centre on the map of The Netherlands. The group has an excellent reputation worldwide because of excellent basic, translational, and clinical research. He accompanied the theses of 43 Ph.D. students, whom he stimulated to formulate and study the right research questions. Maarten was a key leader in the World Institute of Pain (WIP) as chair of the Board of Examination between 2009 and 2012, and organized the successful World Congress of Pain in 2014 in Maastricht. He was an associate editor for Pain Practice, and organized several cadaver workshops that the participants appreciated much as preparation for Fellow in Interventional Pain Practice (FIPP) examination.  Maarten published 199 articles in PubMed indexed journals and had an h-index of 45. He was the initiator and editor of “Evidence-based interventional pain medicine, according to clinical diagnoses” published in Pain Practice. This work was groundbreaking as a response to the need in the field and, reflected Maarten’s vision: first making a diagnosis and then establishing a treatment plan, as he used to say: “no diagnosis, no treatment”!

He was frequently invited as a speaker at national and international congresses, and was famous for his clear lectures. Maarten could pragmatically make decisions because he didn’t like to nitpick. Even if this was not in line with the general opinion, he expressed his opinion.  Maarten was highly respected in his department and far beyond, as attested by the numerous international friends who send their condolences.

The American Society of Regional Anesthesia and Pain Medicine (ASRA) recently nominated him for the prestigious Bonica Award. He sent his updated cv only three days before his death.

We will miss him a lot as a friend, colleague, and researcher!

We express our sincere sympathy for Marianne and the family. We wish them strength in the upcoming days, weeks and months.